Waqf Board Recruitment: Apply till 31 January 2023 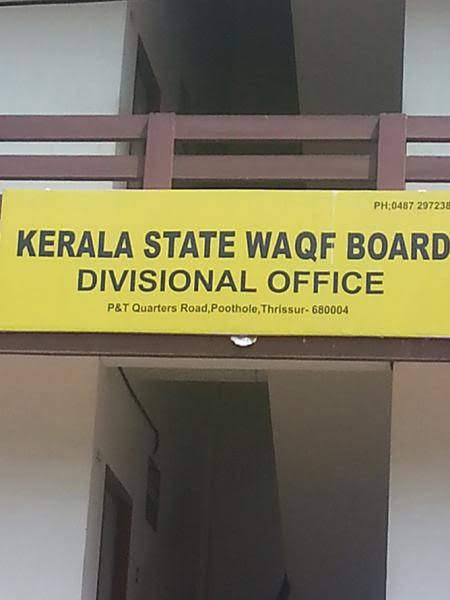 Kerala State Wakf Board is a statutory  body constituted by the Government of Kerala under the Wakf Act 1995 (Central Act  43 of 1995) several mosques ,kabarsthan ,orphanages ,dargas etc. are registered with this board in addition to the waqf properties. The Kerala State Wakf Board is a body corporate with perceptual succession and a common seal with powers to acquire and hold property etc.

The functions of the Kerala State Wakf Board are: (1) General Superintendence of all  Wakfs institutions and their properties in the State ,(2) to exercise powers under the Wakf Act so as

to ensure that the Waqfs under its superintendence are properly maintain controlled and administered and the income thereof is duly applied to the objects for which such Wakfs are created or intended.

The Head Office of Wakf Board located near Jawaharlal Nehru International stadium  V.I.P. Road, Kaloor,Ernakulam is mainly responsible for the supervision of administration of Wakf institutions and its attached properties spread over the entire State.The Wakf Act, 1995 (Act No.43 of 1995) which came into force on 1-1-1996 by replacing the Wakf Act 1954 intends to provide better administration of wakfs.The Board consists of elected and nominated members from various categories which are mentioned in the Wakf Act.The Kerala State Wakf Board  came into existence in the year 1960 underthe Chairmanship of Jb. P.K.Kunju Sahib (Former minister) And the  present board is the 10th board after its formation.Present chairman is Jb.K.V.Abdulkader (Member of Kerala Legislative Assembly)

The Kerala State Wakf Board is a regulatory authority. The general Superintendence of all Wakfs in the state shall vest with the Board; and it shall be the duty of the Board to exercise its power as to ensure that the wakfs under its superintendence are properly maintained controlled and administered and the income thereof is duly applied to the objects and for the purposes for which such wakfs were created or intended.

Wakf Act : Act 43 of 1995 An Act to provide for the better administration of wakfs and for or Matters connected there with or incidental there to.

Objects : The general superintendence of all wakfs in the state shall vest in the Board established in the state; and it shall be the duty of the Board so to exercise its powers under this Act to ensure that the wakfs under its superintendence are property maintained, controlled and administered and the income thereof is duly applied to the objects and for the purposes For which such wakfs were created or intended. 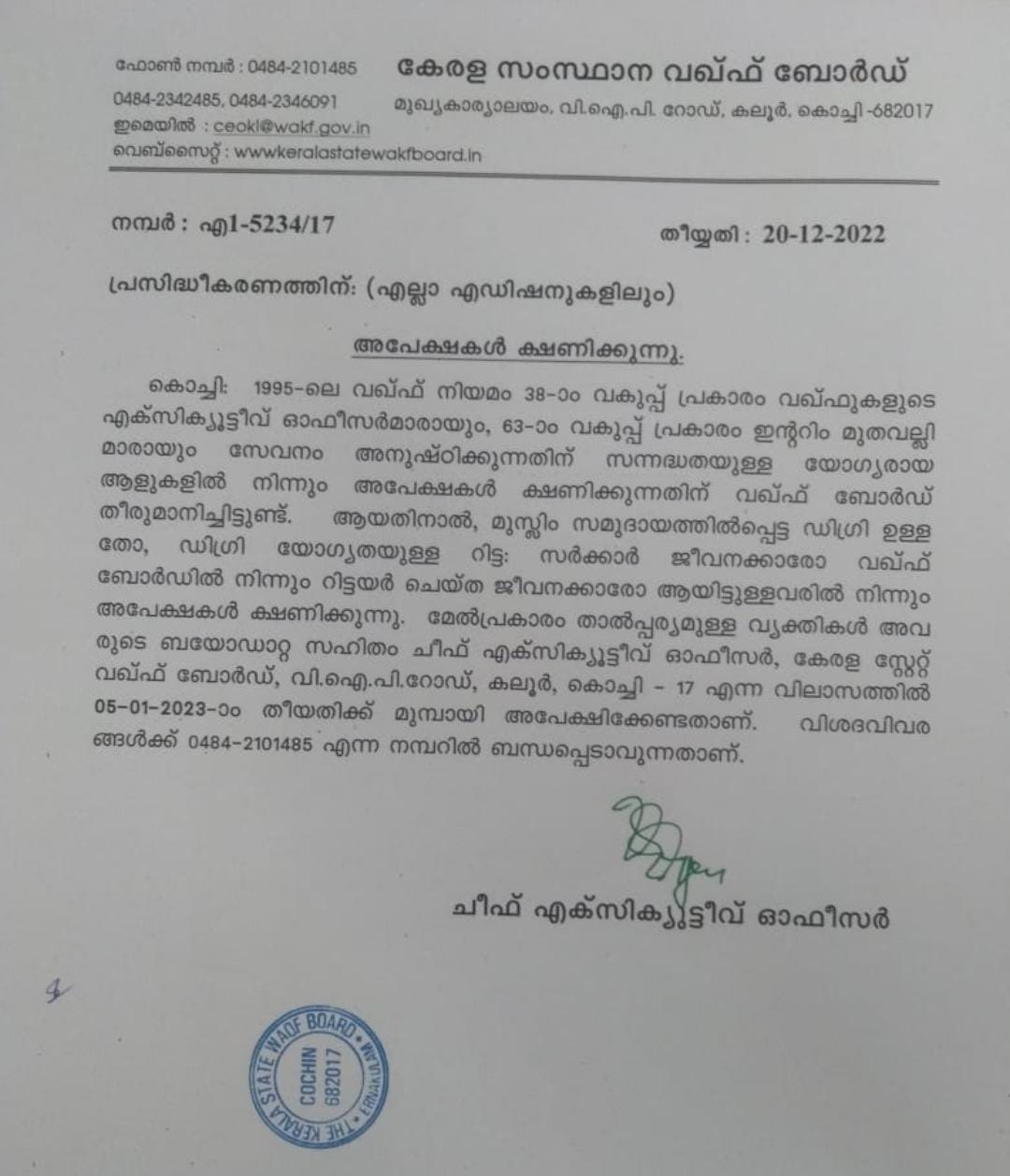 Functions of the Wakfs The Wakfs are mainly intended to make facilities to perform the religious and charitable rituals and rites of the Muslims.Establishing Mosques, it facilitates daily prayers.It establishes and run ‘Dars’. Madrassas. It start and run Hospitals Schools ,Colleges ,Libraries, Orphanages for the social and cultural advancement and this also form part of the aim of the Wakfs.

1.To maintain Register of Wakfs.

4.To settle and frame schemes of management of the Wakfs.

5.To recover the alienated Wakf properties through District Collectors.

7.To sanction to purchase properties and grant lease/ mortgage of Wakf Properties.

8.To appoint and remove Mutawallis in certain cases.

9.Assumption of direct management, supervision and supersession of managements.

10.of Wakfs. Inquiry relating to the administration of the Wakfs and the disposal after

11.due Consideration, the cases that are filed before the Board by aggrieved parties

1.Pension to scholars and teachers in Arabic language and Literature

And Khadims under Social Welfare Scheme.

8. Maintenance to poor Muslim divorced women as per order of the court

9. To provide financial support to start Islamic Chairs in Universities.